Design The Process, Expose The Thing

Augmented Research Process is the result of an exploration after the question “How much of a designer should be present in his or her work?”.

Augmented Research Process is an experiential design that places the design and research on the small stage. With increasingly complex contemporary problems, the place of the research behind any problem-solving situation is crucial. The goal of this experiential price is to educate us about the importance of design research as the foundation of any project. While research is always in the background of projects and not as accessible as the designs themselves, Augmented Research Process take the stand of bringing the research and thinking processes to the forefront.

The design appears as a wall display presenting visible characteristics to the user that are beside any design project. The user can then use an augmented reality application to make the research and thinking process behind the piece become visible.

While augmented reality was one solution aligned with the aim of making the hidden/invisible visible, other technologies could have been employed such as light-sensitive ink. For instance, what if the place used two lighting configurations so that the visitor could switch between a normal lighting and a UV lighting? 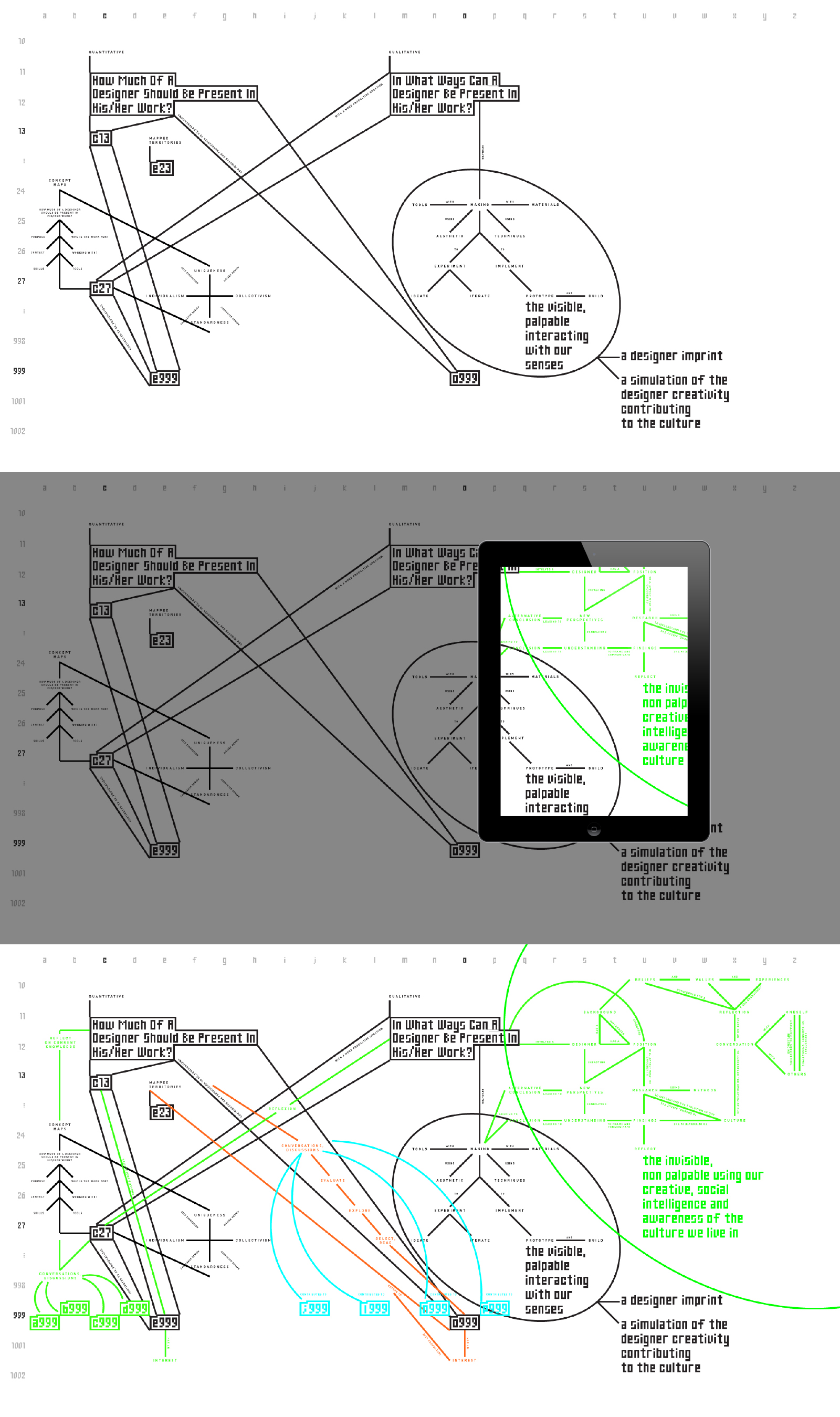 Design The Process. Expose The Thing. A Design Manifesto Inspired From The Biological Realm.

This design is an iteration of the piece Augmented Research Process which elaborate on the question “How much of a designer should be present in his or her work?”.

In this exploration, it was relevant to update the question to be more relevant for today’s changes in the graphic design field of practices. The question became: “In what ways can a designer be present in his or her work?”. While the first question was inducing a more quantifiable answer, the new question opens up to more qualitative responses and a range of studies.

The designer’s skin bacteria growing on a microbial growth media creates a unique visible artifact. On a different scale — microscopic scale, the biological processes behind the bacteria growth are referencing the research process behind the work.

The biological process is used as a metaphor of the creative process with analogies referencing this natural process. The bacteria growth represents the visual artifact, the microbial growth media is the environment and context of creation. The microscopic view is the process as the necessary foundation of the work. 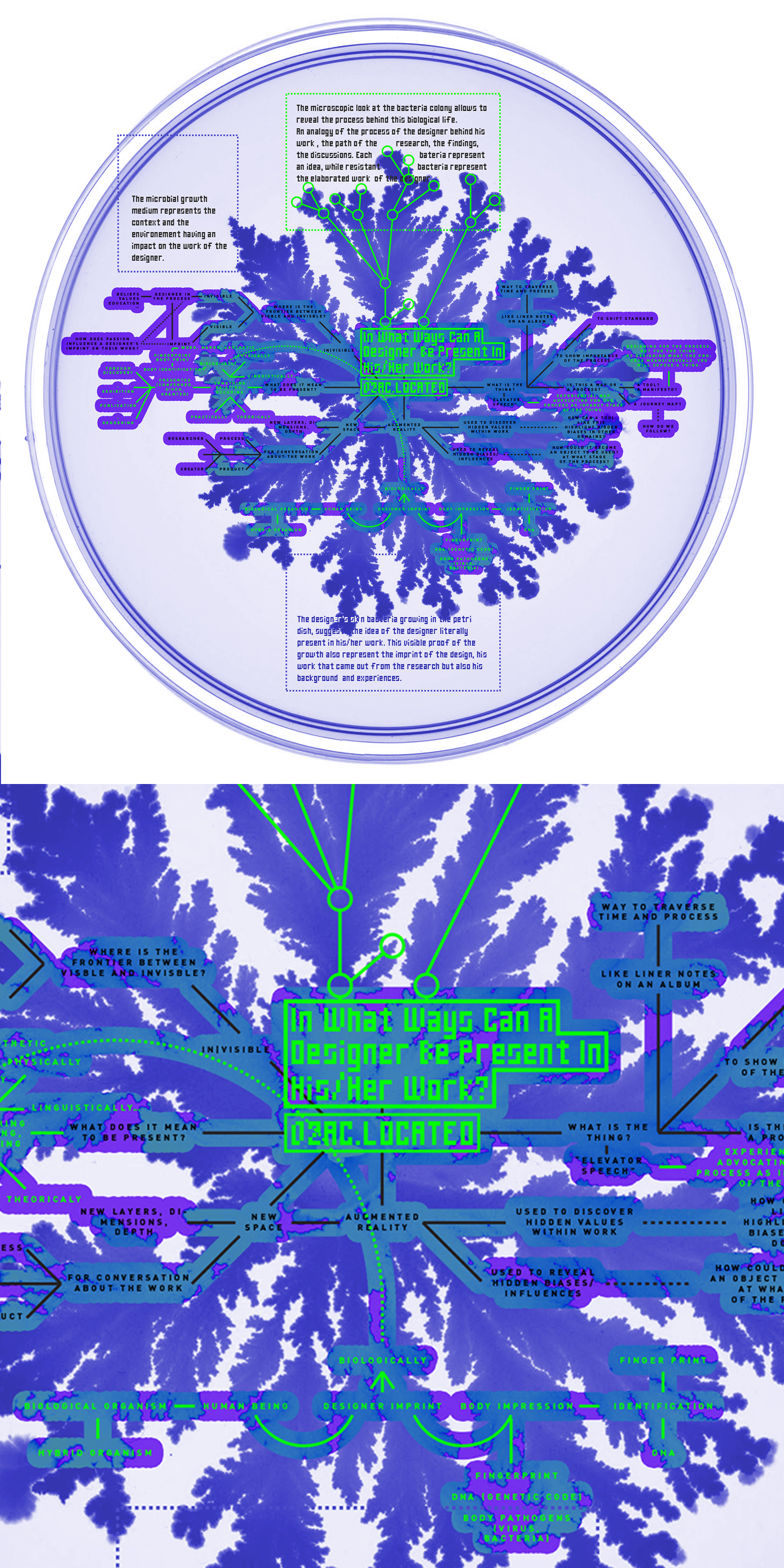